‘Giovanni Battista Rigon’s restoration of this version of L’italiana in Algeri is a thumping and highly theatrical interpretation painted with vivid colours.’
LA REPUBBLICA
Angelo Foletto

‘This production of L’italiana in Algeri puts its audience in a good mood. Produced on a small budget, it is fresh, easy and engaging. Rigon clearly dominates every aspect of the music, showing us that he knows all its secrets.’
IL CORRIERE DELLA SERA
Enrico Girardi

‘This production of L’italiana in Algeri is an absolute success. The conductor and director, Giovanni Battista Rigon, has put together a truly memorable performance.’
OPERA ACTUAL
Francisco García-Rosado

‘As well as demonstrating his philological knowledge, Giovanni Battista Rigon conducts the Orchestra di Padova e del Veneto with versatility and brilliance while paying close attention to the stage. These are qualities that are increasingly rare in performances of works by Rossini (and by other composers too).’
L’OPERA
Roberto Mori

‘We have never heard such an immediate symbiosis between interpreter and work – a joy to hear that continues until the finale, with the wonderful interlude of a storm that is both polished and without mannerisms.’
FORUM OPERA 12 giugno 2008
Maurice Salles

‘Rigon is never predictable, never banal, always finding something new but at the same time respectful of the composer’s dictate: a true joy to listen to.’
OPERACLICK
Alessandro Cammarano

‘…However, the success of the production is undoubtedly due to Giovanni Battista Rigon’s passionate conducting: from the outset, it imposes a steady pace whose precision renders the well-known libretto an organic and necessary part of this joyful experience. It is fascinating to see how he develops the work, tirelessly modelling the nuances and illuminating the complex richness of the composition.’
FORUMOPERA.COM
Maurice Salles

‘A dense and poetic performance, conducted by Giovanni Battista Rigon, with a fierce and intense group of young singers.’
CESAREGALLA.IT
Cesare Galla

‘Conducting that, in my opinion, is far superior to that of many non-Italian guest conductors invited to perform at our major theatres during this year of celebration of Mozart.’
L’OPERA
di Roberto Mori

‘Giovanni Battista Rigon directs from memory with a choice of pleasantly strict – sometimes almost tense – tempos, and is always focused on bringing out the sublime preciousness of the score.’
OPERACLICK
Alessandro Cammarano

‘The maestro, who conducts without a score, follows the action on stage with absolute precision, showing a preference for sharp contrasts and a vivid differentiation of Mozart’s kaleidoscopic language.’
IL GAZZETTINO
Mario Messinis

‘From the swirling opening to the subtlest layers that Mozart uses to express the slightest nuance of feeling, the conductor and orchestra master the necessary dynamics and accents, sharpness and vigour, finesse and flexibility.’
FORUMOPERA.COM
Maurice Salles

‘An expert on Mozart and a superb conductor, this excellent musician once again deserves recognition for his musical-theatrical sensibility, his rich and multi-faceted palette of colours, and masterful attention to detail.’
OPERALIBERA
Lukas Franceschini

‘An enchantingly transparent reinterpretation with a varied use of accents and chromatic choices performed with vibrant energy and feeling.’
TEATRO.IT
Gilberto Mion

Wolfgang Amadé Mozart
The Abduction from the Seraglio

‘This curious revival of the Italian version of Il Seraglio has been entrusted to the rare intelligence and finesse of Giovanni Battista Rigon’s baton, a true deus ex machina of these types of challenging “salvage operations”. As a conductor, Rigon finds himself perfectly at ease with repertoires spanning the eighteenth and nineteenth centuries, mastering not only their style, but also the mechanisms and requirements of the stage.’
TEATRO.ORG
Gilberto Mion

‘Rigon deserves credit for having brought an alternative version of a masterpiece back to theatrical life. The tempos are suitably strict, the dynamics vibrant, and there is a constant striving to achieve a variegated expression in the colours –never for its own sake.’
OPERACLICK
Alessandro Cammarano

‘This conductor from Vicenza – a leading expert of Mozart’s music – knows how to make the brilliant parts of this work shine without renouncing the tenderness that pervades the lyrical passages. The result is a joyful exuberance with just the slightest trace of melancholy.’
IL GIORNALE DI VICENZA
Cesare Galla

‘Giovanni Battista Rigon wields a rapid and agile baton, giving rise to an interpretation that – by emphasising the frequent tempo changes of the score – does justice to the energy of the work. The performance of the singers, above all in terms of diction and in the shaping of the recitatives, makes it clear that the conductor has helped them achieve the right degree of vivacity. Certain impromptu references to Mozart that – partly in jest, partly to maintain the level of vivacity – Rigon reserves for the harpsichord, make the bridge between La scuola de’ gelosi and the Da Ponte trilogy palpable, rather than abstract.’
WWW.DRAMMATURGIA.IT
Paolo Patrizi

‘A conductor who is extremely attentive to what happens on stage – and a supple, brilliant, elegant and gritty leader with a strong sense of theatricality – Rigon has shown himself to be a valuable and imaginative accompanist to the recitatives, performing an entire repertoire of witty and tasty musical quotations on the keyboard.’
WWW.TEATRO.IT
Gilberto Mion

‘Giovanni Battista Rigon, apart from writing out the transcription, was the real deus ex machina of this operation, arranging a precise, refined and very lively interpretation, calibrating both the nuances of the various arias and the cohesion of the instrumental dynamics. He conducts with great harmonic taste, never losing the narrative thread while achieving an excellent balance between orchestra pit and stage.’
WWW.OPERALIBERA.NET
Lukas Franceschini

‘A great success thanks to the musical direction of Giovanni Battista Rigon. His style is characterized by an evident lightness, with jagged tempos and dynamic nuances always well delineated in the orchestra’s instrumental parts, and agile changes of tempo, ready to unleash burlesque but also able to emphasize emotional abandonment.’
WWW.ILCORRIEREMUSICALE.IT
Cesare Galla

‘Giovanni Battista Rigon, a meticulous conductor who illuminates Donizetti’s symphony through a high Viennese culture that brings Beethoven to mind, attenuates the comic characteristics of the work, occasionally choosing to give prominence to the orchestral aspects with respect to those of the stage. Rigon is also a philologist, and as such has discovered an unknown and compelling mezzo-soprano version of Norina’s supernatural role, resembling Rosina in the Barber of Seville.’
IL GAZZETTINO
Mario Messinis

‘In what has become a tradition, every year at the Teatro Olimpico the organisers of the Settimane Musicali (Music Weeks) stage a comic opera in an “alternative” version. They do it with philological care but above all with passion, because the man in charge of this machine is a formidable and well-prepared musician – Giovanni Battista Rigon – who involves other musicians in a healthy and collaborative atmosphere that even the audience can perceive.’
IL CORRIERE DELLA SERA
Enrico Girardi

‘On the conductor’s podium of the Orchestra di Padova e del Veneto is Giovanni Battista Rigon, artistic director of the Settimane musicali (Music Weeks) at the Teatro Olimpico. He keeps us engaged throughout, showing an in-depth knowledge of the Donizetti score.’
DREHPUNKTKUTUR SALZBURG 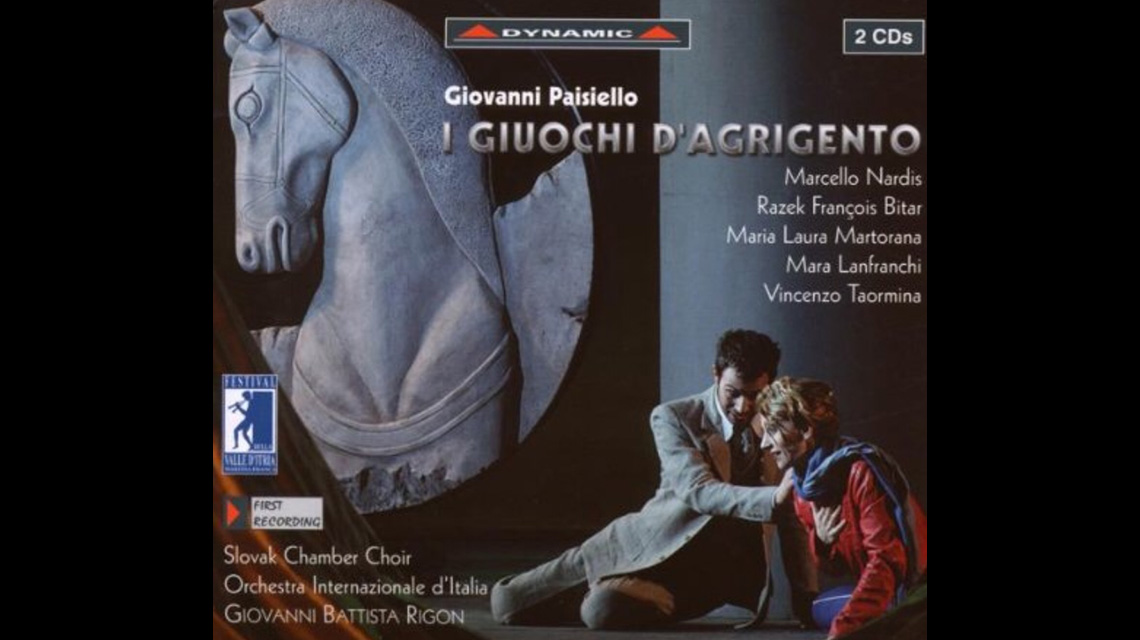 ‘The first performance of recent times can be heard at the Festival della Valle d’Itria di Martina Franca, under that attentive and elegant direction – and, in my opinion, the only stylistically acceptable one – of the maestro Giovanni Battista Rigon.’
IL CORRIERE DELLA SERA
Paolo Isotta

‘The premiere in modern times of this masterpiece is truly amazing. It is worth mentioning the extraordinary work of Giovanni Battista Rigon who leads the Italian International Orchestra to achieve great results. We must follow this maestro. He has a lot to say.’
OPERA ACTUAL
Francisco García-Rosado

‘With rigor and expressive intensity, the talented orchestrator and conductor Giovanni Battista Rigon led the International Orchestra of Italy in an exemplary performance.’
AVVENIRE
Gabriella Fumarola

‘The cast is directed with subtle finesse, taste and style by Giovanni Battista Rigon, a conductor appreciated for his rare ability to use elaborate structures to bring out the soaring. An unmissable recording.’
L’OPERA
Alessandro Mormile

‘The cast is directed with subtle finesse, taste and style by Giovanni Battista Rigon, a conductor appreciated for his rare ability to use elaborate structures to bring out the soaring. An unmissable recording.’
‘Giovanni Battista Rigon’s authoritative conducting is charged with energy and tension.’
BADISCHE ZEITUNG